QuickerSite is available on GitHub as from 2020.

You may want to star, fork, follow, download and/or contribute to the project over there. Thank you!

Forget EVERYTHING you've ever learned about SEO. It's over.

Create a Google Business. It's all you need to show up first in the Google results.

After my pessimistic post about Microsoft's dumping Webmatrix few days ago, I needed some positive vibes. And what happens? Mobirise releases v3!

I admit. I am a fan of this thing from day 1. If you want to impress customers with a stunning - mobile first - web design, use Mobirise. Get a grip on it. It's not even that complicated. As a matter of fact, it's ridiculously simple.

Slides, galleries, background videos, sticky header, mobile menus, numerous predefined text blocks and image/video positions, social media integration... You name it, you got it. And it's all free.

It's still possible to use QuickerSite in combination with Mobirise. But in all honesty, the added value of QS is being reduced with every new version they release. The things I would typically keep on using QS for is the intranet (multi-user), the forms, the web based approach (rather than using a PC tool). But ... to be very honest, I am no longer convinced that web based content management is the only way to go. Many of the QuickerSites I host can easily be managed with a tool like Mobirise. Many of my customers do not change their site very often anyway. Why not use Mobirise for these sites? On top of that, Mobirise exports html files only. They do not require any resources on the server.

I shoot myself in the foot again. I know. But that is because if I don't, somebody will shoot me in the back anyway. As sad as I was because of Microsoft dumping Webmatrix, as excited I am now about Mobirise. Give this tool a try. It's groundbreaking.

Webmatrix is dead. Development of Webmatrix, the all-in-one web development IDE has stopped. That is after the Visual Studio Express editions got buried as well. MS now suggests to use "VS Code" instead. I downloaded it. Gave it a try. I don't get it. Notepad++ is a much better code editor. And it is Open Source as well. Microsoft has lost the war on web development many years ago. Nobody cares about what MS is developing or suggesting anymore. That is painfully clear, except to the Microsoft developers themselves.

6 years ago I was very excited about Webmatrix though. It was available for a wide variety of Windows versions, including all Vista and 7 edtions (I think it was even available for all XP editions, up to Webmatrix v2).

Webmatrix is a very elegant solution to make non-coders and non-techies familiar with the basics of web-technology (cut-down local web server serving a wide variety of popular extensions). I never used it that way, but in theory it could be used as a standalone local app-server for all sorts of things like CRM, Invoicing systems, document management tools, etc, QuickerSite always ran perfectly well on Webmatrix. It has helped me to locally test-drive and develop things without the need for the heavier IIS Management Console (not available in many Windows versions anyway).

Microsoft has - in the past 15 years - changed strategy a little to often in my opinion. Look at PHP. PHP has not really changed over the past 15 years. There has been a lot of new libraries for PHP, yes, but the core PHP code syntax did not change much. Because of that, PHP gained in popularity year after year. PHP never lost users, only won new ones.

MS should have done the exact same with classic ASP (their answer to PHP in the mid 90's), rather than develop their ASP.NET 1, 2, 3, 4 and 5 monsters. Similar to PHP, ASP could have gradually been upgraded with new functions, like dealing with zip-, pdf- and image-files.

Yesterday I released QuickerSite v43. QuickerSite v42 was the longest living version of QuickerSite ever. And actually, QuickerSite v43 is mainly a service release - fixing some small issues (most of them were never reported). There is no reason to upgrade a site to v43.... except...

...if you are into Bootstrap!

QuickerSite v43 ships with a new menu-variable: [QS_BOOTSTRAPMENU_3] This variable flushes out the QuickerSite menu in a Bootstrap 3 compatible syntax. You can see it in action over here: http://pingendo.quickersite.com. I used Pingendo - http://pingendo.com/ for this QuickerSite. Pingendo is an excellent app used for rapid Bootstrap prototyping.

At this very moment however, I am upgrading some websites with the help of Mobirise. Check out some examples:

I also put up a video explaining the basics on how to convert a Mobirise website to a QuickerSite template. Check it out! This is not gonna be as easy as uploading an Artisteer template. Despite the fact that Bootstrap templates look like they keep it "small and simple", .... they're not. The possibilities are endless and at this point, I still have to learn a lot before making up my mind how to further automate things in QuickerSite. And also... Bootstrap 4 is around the corner, so there as well I expect some important changes.

That's it for now!

I do not often share personal and family things, but for the image below I am happy to make an exception. Few weeks ago, my wife took this picture of our 5 year old daughter. She looks like she really is: a real PITA! But one that you cannot refuse anything to :) 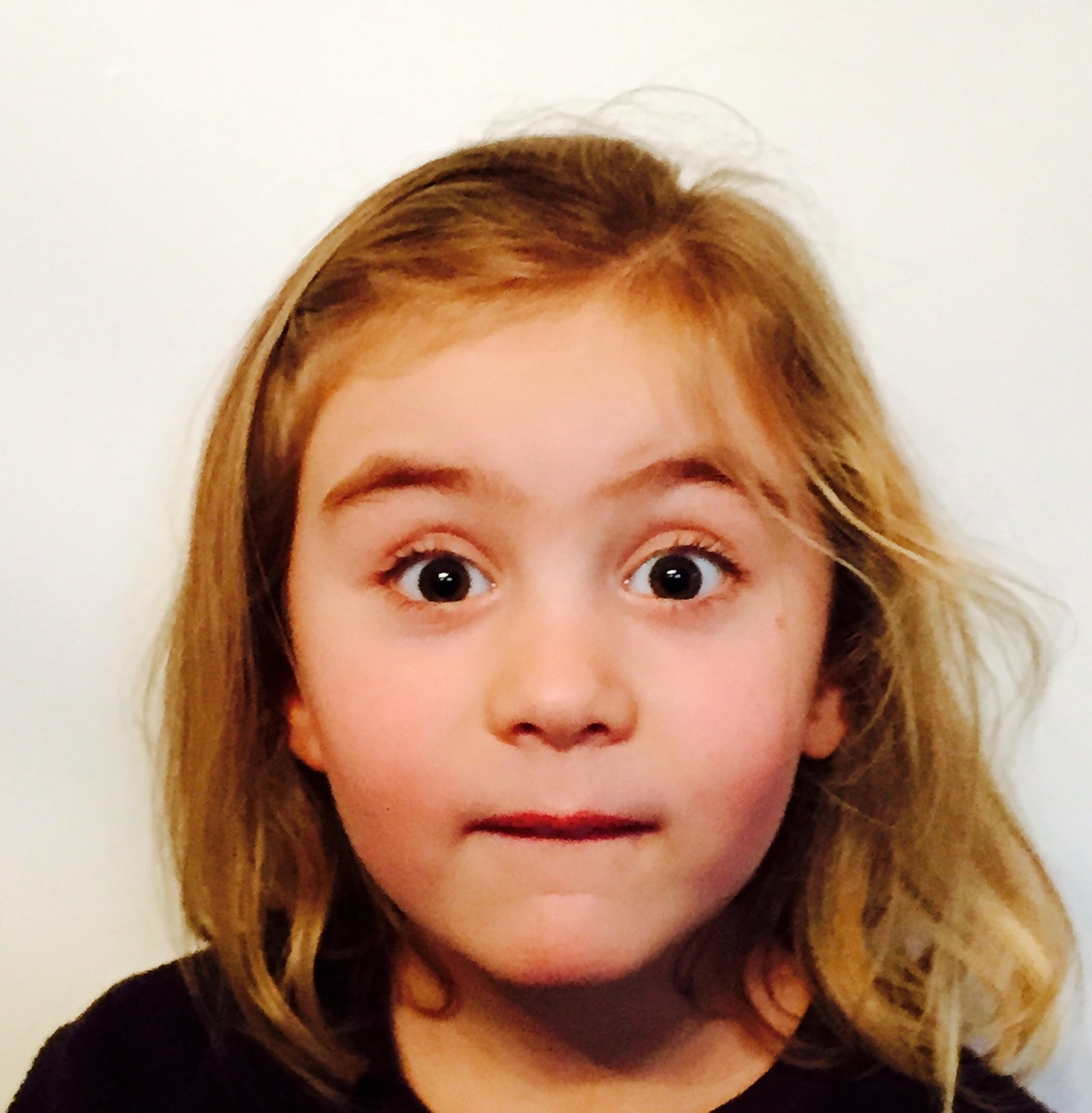 For the first time in my entire career, I am asked to build a mobile website for a long time customer. And I am already stuck, before I got even started.

The question that keeps me busy for the moment is: shall we create a new responsive design for the existing website, or shall we setup a separate mobile site, under a new (sub) domain (e.g. http://m.mysite.com)?

My customer is a car-dealer. Their guidelines for dealer-websites push towards creating a separate website for mobile devices. As a webdesigner, I think this is an outdated approach. I would rather use a responsive design. But who am I?

I did some research. Most car-sites I visit are not responsive. Same for many other sites, like news-sites, newspapers, etc. The vast majority of (bigger) sites are simply not responsive. They have seperate websites for mobile devices.

Artisteer choose to add responsive behaviour to their webdesigner tool as from v4.x. So does www.jstemplates.com. But was that the best approach? We could have created a seperate tool to create mobile websites instead. Given the actual situation, this might have made more sense. I believe it has kept Artisteer from growing as a designer software. At some point, it got stuck in the mud with this responsive thing.

A final thought: How can you design a web template that shows "more or less" the same content, images (and other media) on both 800px and 2560px screens? Simple: you can't. The "more or less" is important though. If your website has a lot of content, you will most likely be better off using a seperate design for mobile devices. If your website is relatively small, and it does  not contain too much media, you can try a responsive design. Well, that's how I see it - for now...

I added a Facebook "like box" to this website. It took me a while to figure out the bits and bytes. See video below for some tips & tricks.

This has an important consequence in case you use a Yahoo-email as the sending address for email messages. It simply does no longer work (in most cases). It depends on the SMTP server settings though.

The workaround would be to use custom SMTP server settings in your QuickerSite admin panel (available from QuickerSite 4.0).

National media are reporting the whole visit, every little detail about it.

The one thing that jumps out are the insane security measurements. People cannot leave houses, have to close doors and windows. Obama travels in the "Beast", an insanely secured Caddillac, that is unable to take a little ramp :)

It's a pity that he will not see the "real" Belgium. He'll only see what his security staff wants him to see. Both Zac Brown Band and Brad Paisley are currently touring in Europe as well. God Bless America, euuuhh.... Europe!

I found a nice (and free) Google service to generate QR-codes.

The service is extremely easy to use. All it takes, is use an image (<img>) tag and pass the url of your website as a parameter: 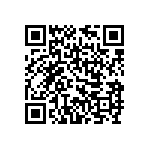 You can change its size by playing with the chs-parameter!

Check it out with your smartphone!

For some reason I am obsessed by file upload limitations. Not only because I am hosting 100's of sites that I need to monitor, but also because I'm planning some sort of mega upload facility (for musicians), and I'm gonna need HUGE uploads. For some time I assumed that it would not be possible to allow for 100MB file uploads in classic ASP. But I was wrong all this time. It can be done. Pure scripting, pure classic ASP!

Check out the video below. Hope it helps classic ASP developers to fight some limitations in IIS.

There are many background-pattern generators out there. There are also many websites offering all sorts of ugly background patterns :)

But there are very few, I didn’t find any actually, that generate or offer transparent background patterns or textures (transparent png files).

Transparent background patterns can be combined with background-colors (CSS). That is real fun.

Check out the video below! I try to explain how to create transparent background images using Paint.NET (www.getpaint.net). Paint.NET is a free image editor for Windows. It rocks! Never let me down in the past 7 years!